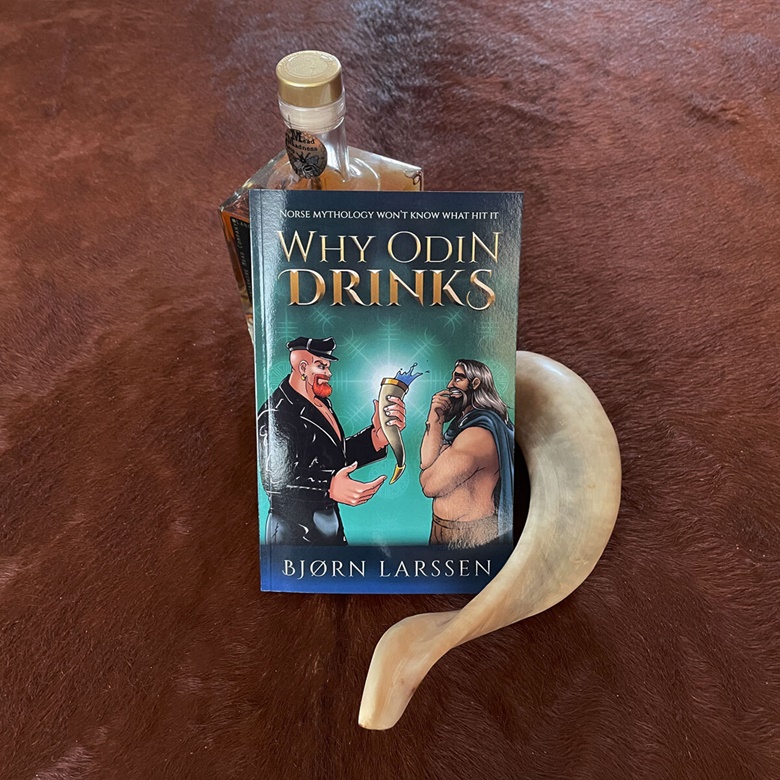 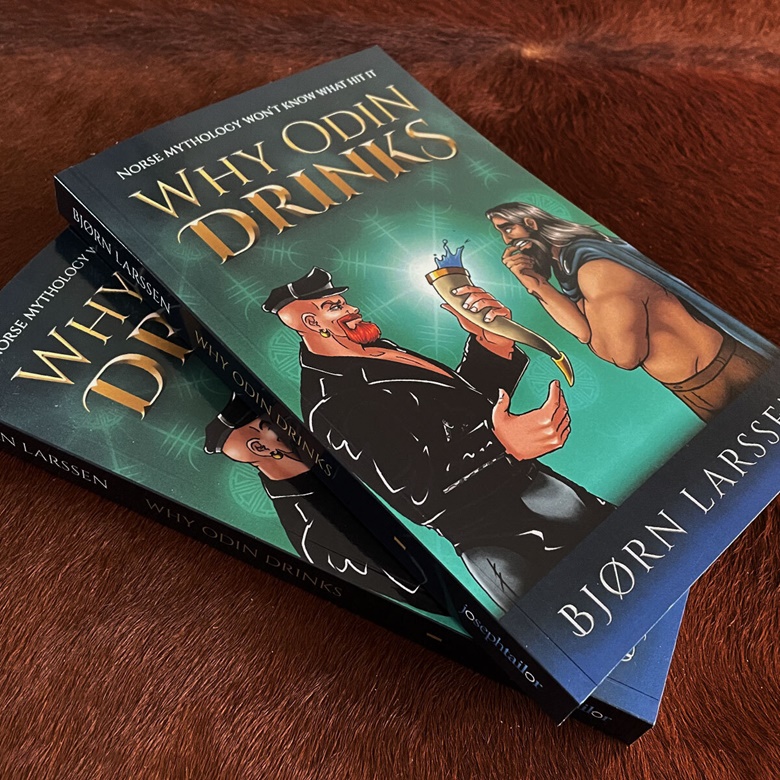 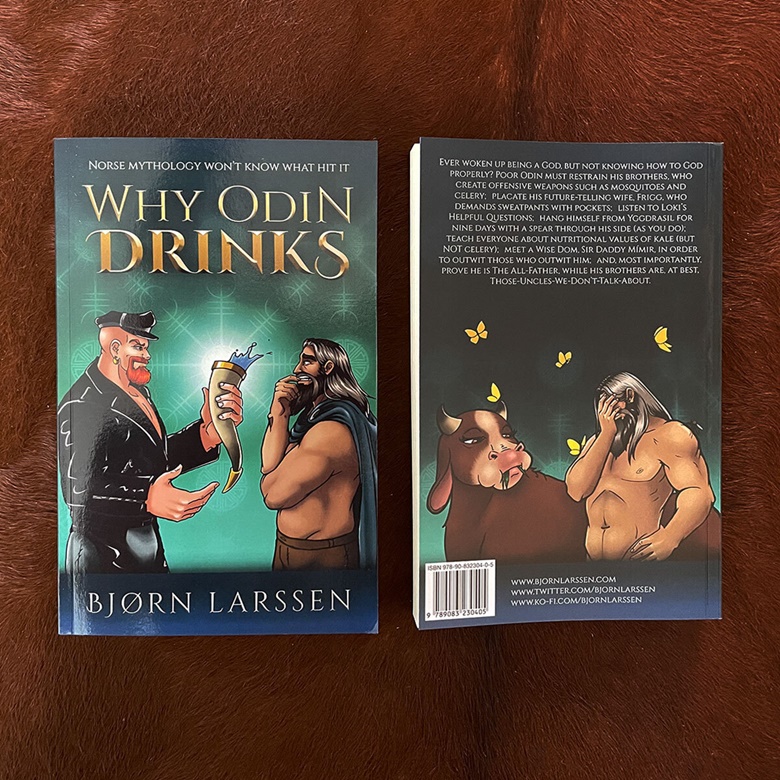 Signed and personalised paperback edition of 'Why Odin Drinks' by Bjørn Larssen. When purchasing, please add the recipient's name. You'll find Audhumla on the back! Since snail mail means delivery times up to 6-8 weeks, you will receive a complimentary e-book link upon purchase. About the book: Norse Mythology retelling for fans of Terry Pratchett, Douglas Adams, Calvin & Hobbes Ever woken up being a God, but not knowing how to God properly? Poor Odin must restrain his brothers, who create offensive weapons such as mosquitoes and celery; placate his future-telling wife, Frigg, who demands sweatpants with pockets; listen to Loki’s Helpful Questions; hang himself from Yggdrasil for nine days with a spear through his side (as you do); teach everyone about nutritional values of kale (but NOT celery); meet a Wise Dom, Sir Daddy Mímir, in order to outwit those who outwit him; and, most importantly, prove he is The All-Father, while his brothers are, at best, Those-Uncles-We-Don’t-Talk-About. This nearly (except in Vanaheim) universally acclaimed retelling of the Gods' first millennium answers way too many questions, including ones on Freyr’s entendre, horse designing… and why Odin drinks. EDITORIAL REVIEWS Hilarious and entertaining with more double entendres than you can shake Odin's Stick at, Why Odin Drinks smashes you across the face with the force of an Yggdrasil-forged club. It's hard to say which hits hardest: the brilliantly biting satire, penetrating insight into humanity's foibles, or blissfully reckless absurdity. It's safe(word) to say that Larssen's tight prose is stuffed to bursting with wis(e)dom. - Sean Gibson, author of The Part About the Dragon Was (Mostly) True Why Odin Drinks is funny, heart-warmingly so at times. It makes you smile but it also makes you think. As Jonathan Swift, another literary satirist once said, "Satire is a glass wherein beholders discover everybody's face but their own." Bjørn Larssen is a modern-day Swift. - Phil Parker, author of The Valkyrie of Vanaheim Somewhere, I believe, the esteemed Terry Pratchett is smiling and nodding with approval at Larssen, who appears to be on a path to inheriting Pratchett's throne as the best fantasy satirist to-date. - PL Stuart, author of A Drowned Kingdom and The Last of the Atalanteans Why Odin Drinks is a delightful romp through the Norse creation myth through the eyes of an interminably perplexed Odin who hilariously struggles to comprehend the meaning of his own creation. Flagrantly irreverent and exquisitely insightful, Larssen has secured his place on my bookshelf beside the likes of Adams and Pratchett. A must read for lovers of Norse mythology and satire! - Joshua Gillingham, author of The Saga of Torin Ten-Trees Larssen is a gifted and versatile writer and he judges this collection just right. Why Odin Drinks had me laughing out loud and it's an absolute pleasure to read. It's the kind of book where you find yourself reading out your favourite passages to whoever happens to be sitting nearby, whether they asked you to or not! I'm not sorry. - Tim Hardie, author of Hall of Bones and Sundered Souls