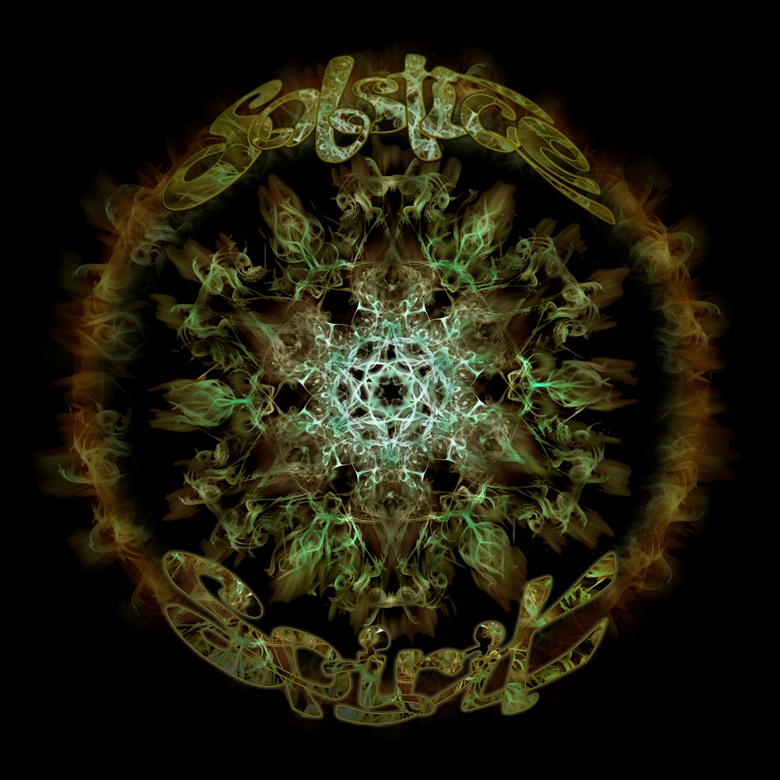 This is our 2010 album, 'Spirit'. It includes all the original artwork and flac files. Apart from the Prophecy vinyl album and Sia our back catalogue is largely unavailable in physical formats so we hope you'll enjoy this digital version. Become a Guardian to get this free ✌️ Solstice - Spirit DPRP Review CD: Solomon’s Bridge (9:48), Sky Path West (8:23), Freedom (6:56), Flight (7:27), Oberon’s Folly (8:51), Here & Now (6:58), Spirit (11:41) A band I discovered as recently as 2007 and who gave me a great deal of listening pleasure over the Christmas period that year is Solstice. It was a crash course of sorts as I was fortunate enough to receive the band's entire back catalogue courtesy of F2’s "Definitive Edition" collection. As I recall the band's future recording career was a little uncertain at the time even though they had recently reactivated themselves as a live unit. This brand new CD and bonus DVD release Spirit comes 13 years on from their last studio album Circles and appropriately marks the band's 30 years in existence. The line-up of Andy Glass (guitar, vocals), Jenny Newman (violin, viola), Robin Phillips (bass), Steve McDaniel (keyboards) and Emma Brown (vocals) remains the same as 2002’s live album The Cropredy Set with the exception of the returning Pete Hemsley who replaces Clive Bunker on drums. It’s also the first studio album not to feature key member Marc Elton who along with Glass had been with the band since its inception in 1980. For those unfamiliar with Solstice they favour melodic prog with folky elements and as a starting point I would cite Camel, Mostly Autumn and Iona although such references fail to paint a full picture. Under Glass’ leadership Solstice continue to pursue their individual sound particularly with this latest release. The opening song Solomon’s Bridge reveals a new and very fresh sounding Solstice. A deceptively tranquil intro of acoustic guitar and haunting violin erupts into a strident riff that has a cool American jazz (although not overtly so) vibe about it. Glass’ guitar dominates as it does throughout much of the album changing from the powerhouse tone that occupies the lengthy instrumental first half to a mellower picking style when Emma’s voice eventually enters several minutes into the song. Here, as it does elsewhere her beautiful but confident voice acts like a sixth instrument rather than providing the obvious focal point for the songs. Sky Path West is in a more traditional Solstice vein (to begin with that is) with Glass’ familiar and searing guitar lines to the fore. The crystalline production benefits Hemsley’s crisp drum sound which alongside Phillips’ prominent bass lines provides a perfectly weighted anchor for the gutsy guitar solo that follows. Given his muscular playing here and elsewhere on the album I can’t help thinking that Glass has been working out since the last release whilst listening to American exponents like Carlos Santana on his headphones. And speaking of Americans, it’s the extremist rant of charismatic war lobbyist Adam Kokesh that bookends the next track Freedom. The song itself apparently started life following the bands 1993 second album New Life and it sounds like it with a compelling massed chanting of the songs title providing the main hook. Tribal percussion, low whistles (courtesy of keys I think) and lively fiddle work add to the songs ethnic feel. The appropriately titled Flight sees soaring guitar and violin trading places to deliver the melodic main theme whilst Emma’s singing is more strident than usual. The main thrust of the song which culminates in a wordless a cappella section is clearly inspired by Fragile era Yes but the sprawling, metallic guitar led assault that follows is from a different place altogether. One of the albums most rewarding pieces Oberon’s Folly is in two distinct parts with the first being a reworking of the Bronski Beat song Puit d’ Amour. I’m unfamiliar with the original but in the hands of Solstice it’s a moving and ethereal Celtic ballad. Gradually it builds into the wonderfully named Lady Muck, a rousing instrumental reel written by Jenny Newman whose stirring fiddle playing and Glass’ crunching power chords provide an unlikely but effective combination. Overall, for me Oberon’s Folly echoes the prog-folk aspirations of Iona. From the outset, Here & Now takes the band into unchartered prog metal territory with monumental chunks of heavy weight guitar offset by Jenny and Steve’s Middle Eastern backdrop and another strong vocal from Emma. She sounds almost siren like as the memorable choral refrain cuts through the turmoil created by the other five band members. The concluding title song Spirit comes as a pleasant respite following the onslaught of the previous track. This is a fully worked version of a demo that appeared on the bonus disc edition of New Life. I remarked in my 2007 review that it had a breezy jazz feel typical of the kind of thing that Sade would record. Whilst the leisurely pace is retained, here it comes across as a sophisticated rock ballad with gorgeous harmonies, electric sitar embellishments (ala Steve Howe) and some very tasteful synth lines from McDaniel. It’s rounded off by Glass’ bluesy guitar workout which for my money goes on a tad longer than is necessary. Given the quality of the previous Solstice albums I was reasonably confident a DPRP recommendation was on the cards even before I’d heard a single note of Spirit. First class production, tunes, arrangements and performances it’s all here, so yes a recommendation is assured. I do have one reservation however. For me the histrionic guitar flights are a tad self indulgent at times to the point where it seemed like I was listening to a solo guitar album rather than a band effort. That being said, it does at least demonstrate the excellence of Glass’ musicianship and proves that he can hold his own with many of rock’s so called guitar heroes. Conclusion: 8 out of 10 GEOFF FEAKES 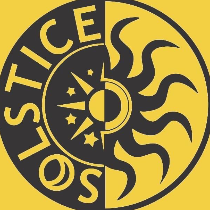 Other Items in Solstice's