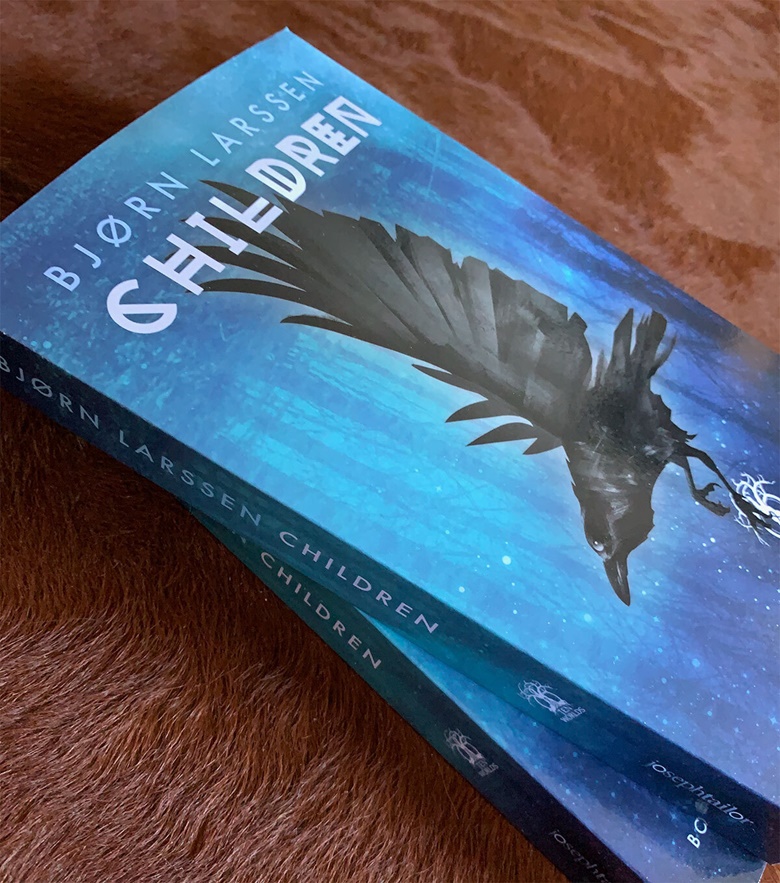 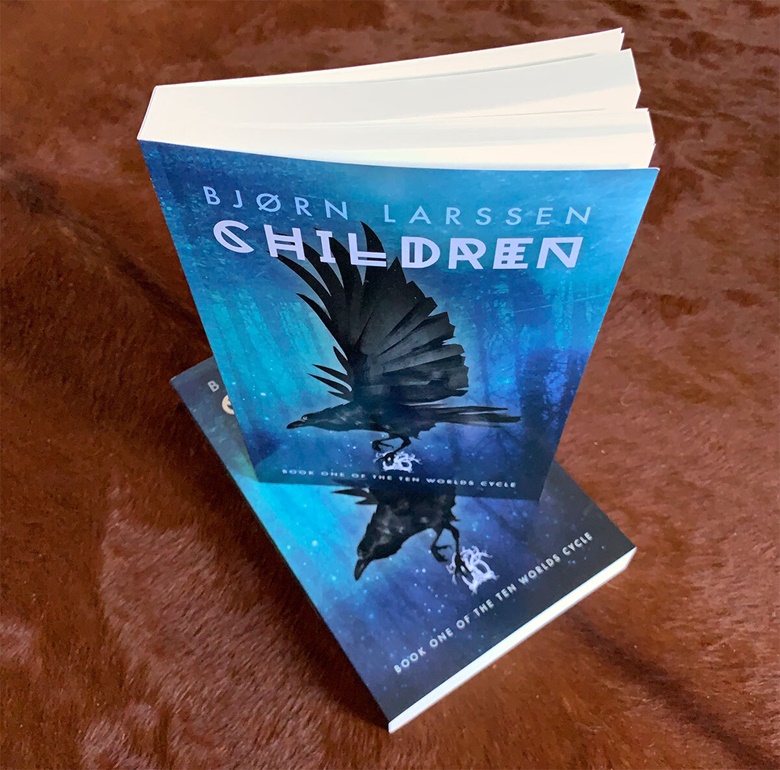 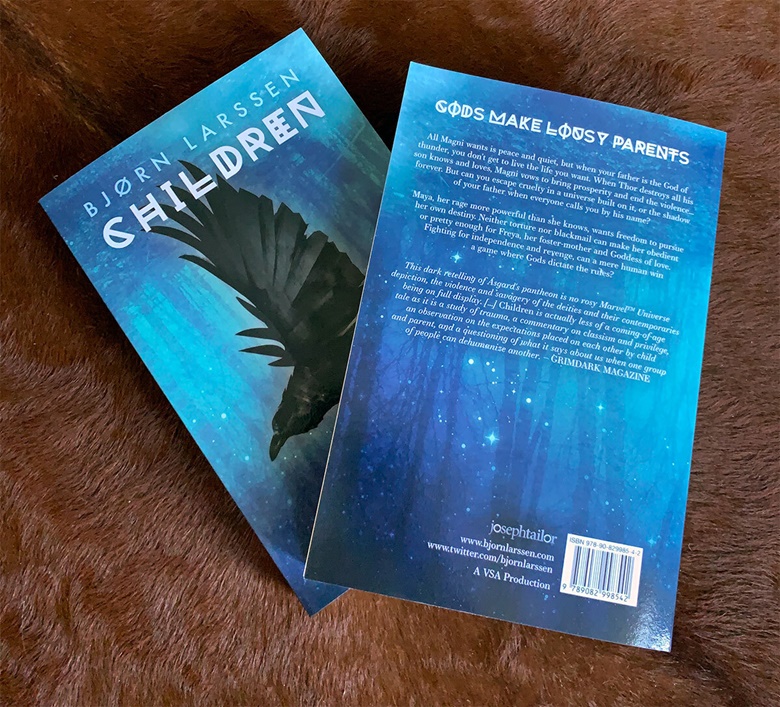 Signed and personalised paperback of 'Children,' book one in The Ten Worlds series by Bjørn Larssen. When purchasing, please add the recipient's name. Since snail mail means delivery times up to 6-8 weeks, you will receive a complimentary e-book link upon purchase. About the book: Gods make lousy parents. All Magni wants is peace and quiet, but when your father is the God of thunder, you don’t get to live the life you want. When Thor destroys all his son knows and loves, Magni vows to bring prosperity and end the violence… forever. But can you escape cruelty in a universe built on it, or the shadow of your father when everyone calls you by his name? Maya, her rage more powerful than she knows, wants freedom to pursue her own destiny. Neither torture nor blackmail can make her obedient or pretty enough for Freya, her foster-mother and Goddess of love. Fighting for independence and revenge, can a mere human win a game where Gods dictate the rules? EDITORIAL REVIEWS "This dark retelling of Asgard's pantheon is no rosy Marvel Universe depiction, the violence and savagery of the deities and their contemporaries being on full display. [...] Children is as actually less of a coming-of-age tale as it is a study of trauma, a commentary on classism and privilege, an observation on the expectations placed on each other by child and parent, and a questioning of what it says about us when one group of people can dehumanize another." - Grimdark Magazine "Children is a fearsome kaleidoscope of genres, it has shades of fantasy, historical fiction; it feels in parts profoundly personal and perhaps even to a degree biographical. Being primarily an SFF blogger, it would be remiss of me not to say that it is also a re-telling of Norse myths. No disrespect to authors such as Neil Gaiman or Joanne Harris, but for me, the bulk of re-tellings are more paraphrasing, in that the myths are for the most part unchanged. Mild creative liberties are taken, and there is perhaps a slight warp to the grain, but they are at heart the same stories. With Children, you get a re-telling. Bjørn Larssen retells the s--t out of it." - Bookends and Bagends "This book is about as raw and brutal a read as you can come by but it is also incredibly moving and never makes you feel like there's not something worth salvaging in the end.  I was really blown away by Children and am here to say that if you don't read this book, you are seriously missing out on a rare talent right now by the name of Bjørn Larssen.  He will not hold your hand and tell you everything that you need to know explicitly, but he will ask you to work a little for what is a phenomenal payoff if you just invest a little time and attention.  The true testament to how this book moved me is that I couldn't get it out of my head for the entire day after finishing it.  In fact I even went back and read the final chapter again because I wanted to experience it fully just one more time." - Out of This World SFF Reviews "Bjørn is a master at dialogue, writing and setting.  I felt so immersed in this world, it was so wonderful to come in and out and not just because of the spectacular cover that awaits the reader."It was such a well told story, it really was a page turner.  It will appeal heavily to those who love Norse Mythology or historical fantasy perhaps, but also those who enjoy a really well told tale.  I have never been so invested in a set of characters, dealing primarily with two descendants Maya and Magni, their internal struggle dealing with their legendary counterparts was really quite moving, particularly Magni."This is a brutal book it does not hold back and in keeping with Norse Mythology (which in itself can violent, brutal and nasty) but also was very moving and yet again I say what a wonderful story Bjørn has in store for you. I would urge you to read this, you are missing out on a rare talent if you don't." - The Swordsmith 2020 Stabby Nominee 2021 Queer Lit Indie Award – Winner